The Connecticut Department of Transportation is announcing construction progress continues on the Metro North/Atlantic Street Bridge Replacement project with the successful installation of the Track 2 jump spans. Work will begin on the Track 1 jump span this weekend with Tracks 3 & 5 following in the upcoming weeks to complete this portion of the project. The jump spans are needed to prepare for the construction of the new bridge abutments to support the replacement bridge structure. No reduction in train service is expected due to this activity.

After the jump spans are installed, work will commence on the new bridge foundations and re-constructing Atlantic Street to improve the horizontal and vertical geometry of this vital gateway linking Stamford’s South End to Stamford’s downtown. The new bridge will have an increased width along Atlantic Street and allow for 3 southbound lanes and 3 northbound lanes which will include a dedicated right turn lane at the South State Street intersection. Atlantic Street will be lowered to increase the vertical clearance under the bridge to 14’6” to better accommodate commercial and emergency vehicles.

In addition to these improvements, Phase 2 work includes track and infrastructure improvements to the Stamford Train Station such as a dedicated Track #7, extended platform and dedicated stairway. Multimodal accommodations will provide for future bike lanes and beautification will be incorporated in the project. The work began in June 2018 and will conclude in November of 2020. 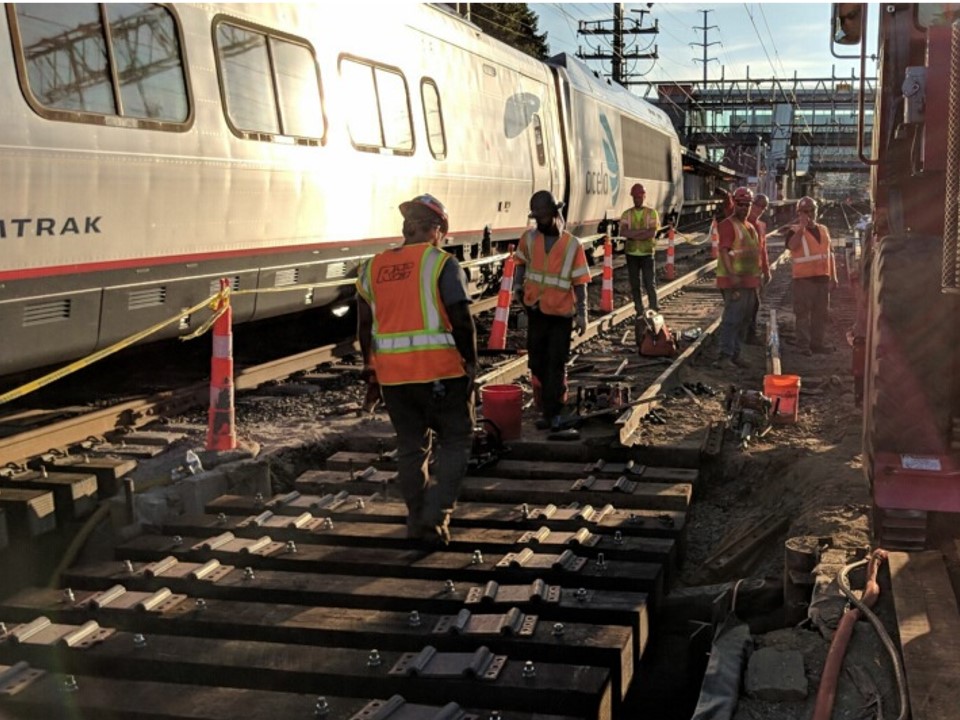