The Connecticut Department of Transportation is announcing that Phase 2 work on the Metro North/Atlantic Street Bridge is progressing with the completed installation of the Track 4 railroad track jump span. Beginning Friday September 7th, work on the Track 2 jump span will begin. During the upcoming weeks, the remaining tracks will be worked on for jump span installation to continue to prepare the site for construction of the new bridge abutments. No reduction in train service is expected due to this activity.

The replacement bridge requires new bridge abutments to support the structure. A multi-phase operation will establish a new foundation for the bridge abutments which involves excavating earth behind the current abutments while retaining newly exposed earth. A gap will then be exposed between the new abutment wall and the current one. To bridge this gap as the earth is excavated under the railroad tracks, the railroad jump span is installed to enable all trains to function on all tracks without service disruption or delays.

These spans are supported by 11 inch diameter drilled micro-piles. Timber lagging is used to retain the surrounding earth in place. The micro-piles are installed with a hydraulic drill motor that sets the piles into bedrock. For this project, the piles are drilled to depths of over 40’, with the pile embedded in a competent rock socket. Once the pile is drilled, it is filled with a cement grout and a steel beam is welded on top of the pile. Once the grout is set, the pile can then be loaded with the jump span, thereby reducing time on the operation and allowing work to proceed efficiently across the railroad tracks.

Phase 2 work includes replacing the Metro North/Atlantic Street Bridge, the reconstruction of Atlantic Street and track and infrastructure improvements to the Stamford Train Station. Multimodal accommodations will provide for future bike lanes and beautification will be incorporated in the project. The work began in June 2018 and will conclude in November of 2020. These collective improvements will improve surface traffic operational efficiencies, improve access to the South End neighborhoods and improve local and express train service with the addition of a dedicated Track #7, extended platform and dedicated stairway. 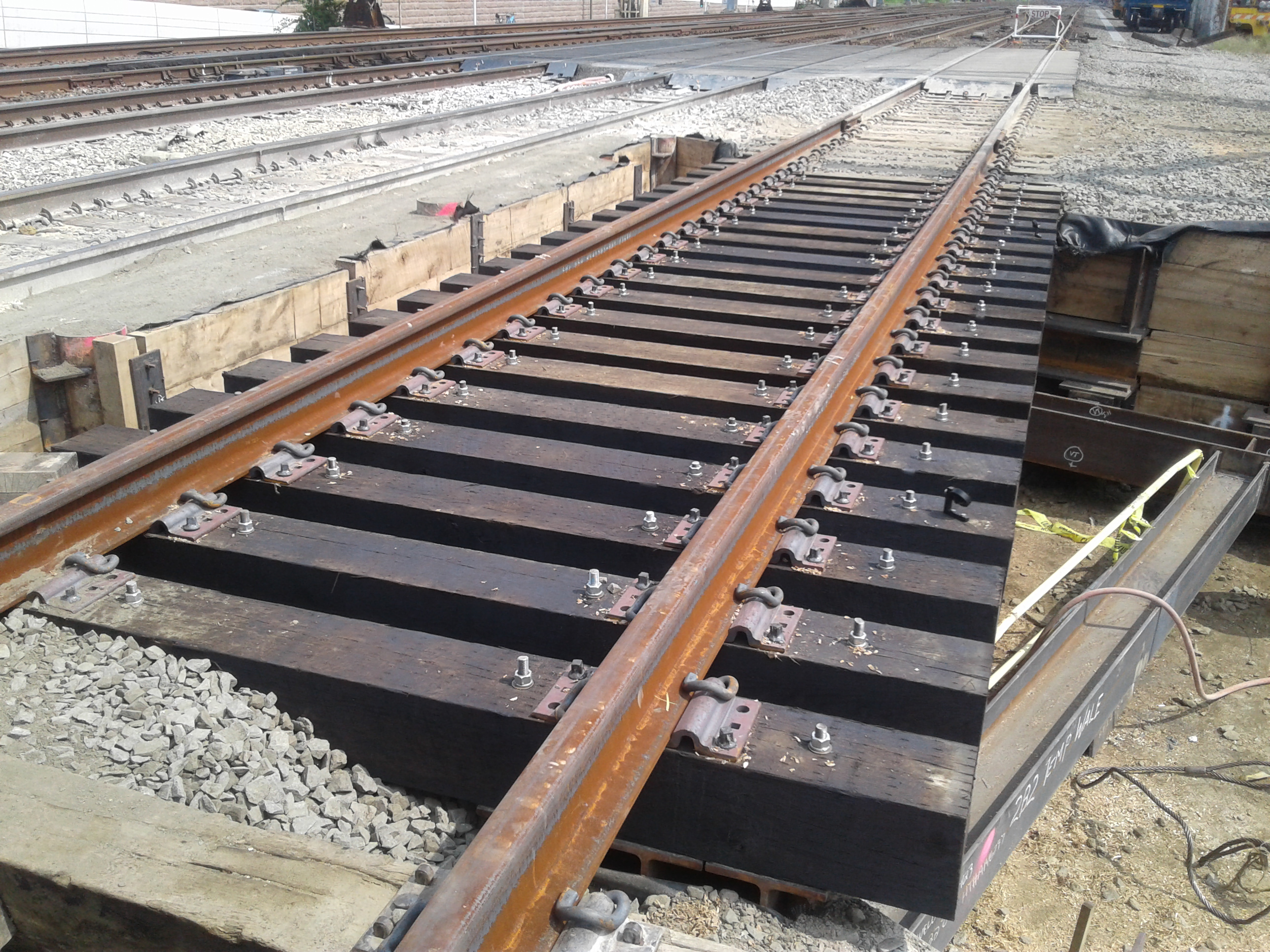 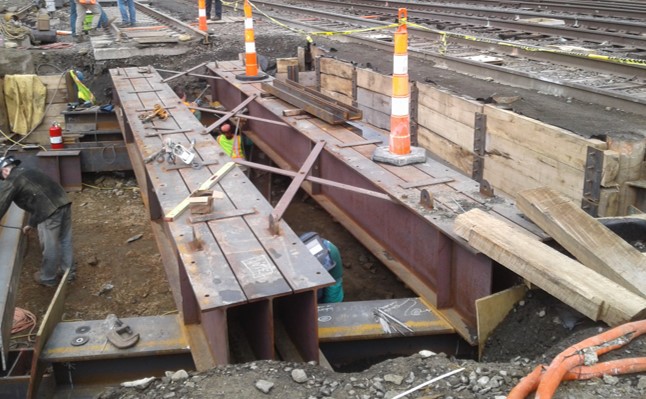