The new Metro-North/Atlantic Street bridge will carry a new Track #7 to improve railroad operations for Metro North riders. Upon completion, Track #7 will have its own platform which will accommodate 4 stairwells for egress along South State Street, making for more convenient access to sidewalks for commuters.

To create the additional width at track level to carry the new track, a new retaining wall is under construction along South State Street. This will permit the installation of the new platform and stairwells as well as the new track. As part of the construction sequence, some existing utility structures need to be re-located to clear the path for the new track. Located mid-way between Atlantic Street and Canal Street is the Eversource Monopole #991 which carries high voltage transmission lines along the Metro North railroad corridor.

The relocation work is being performed by Eversource in coordination with the Atlantic Street Bridge project team. The construction sequence requires that a new 10-foot diameter, 50-foot deep foundation be drilled, formed and filled for the new Monopole. Once completed, the new utility structure will be installed, the 115-kV conductors and static wire will be relocated from the old pole to the new pole and the abandoned pole will be removed.

The new foundation was designed not only to resist the large forces resulting from the tension in the power lines, but also isolate them from the retaining wall.

The drilling operation, performed during overnight hours, involves multiple cranes, drill rigs and drill bits to reach the required foundation depth of 30 feet below the existing elevation of South State Street. The Bauer BG 55 crane which towers almost 120’ above South State Street is used to drill the 12’ diameter caisson. Work continues on the retaining wall along South State Street during this operation with sections already completed and the new fascia revealed. 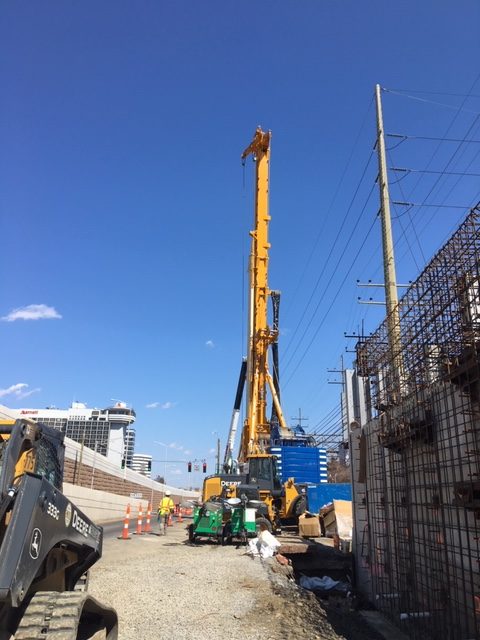 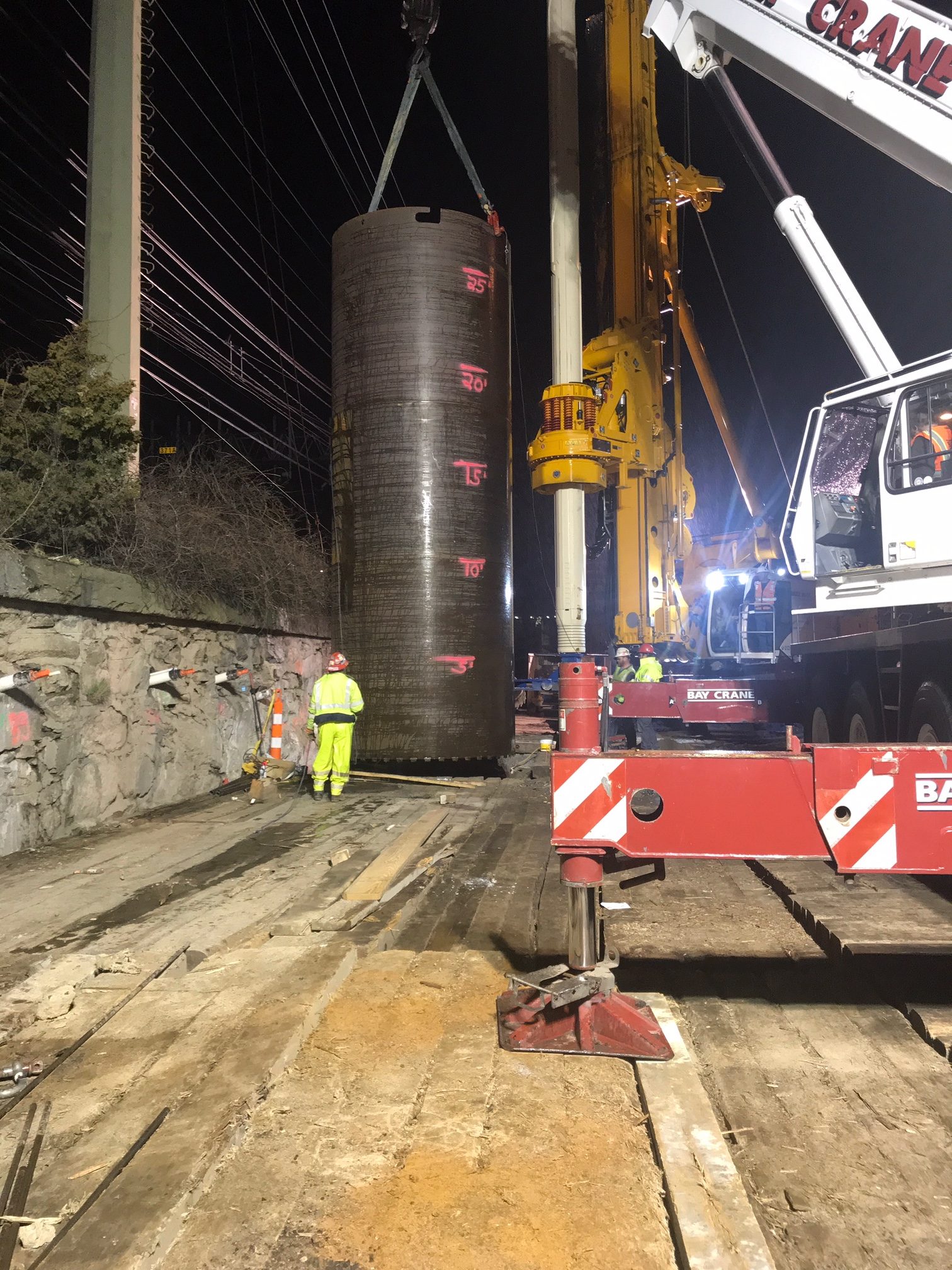 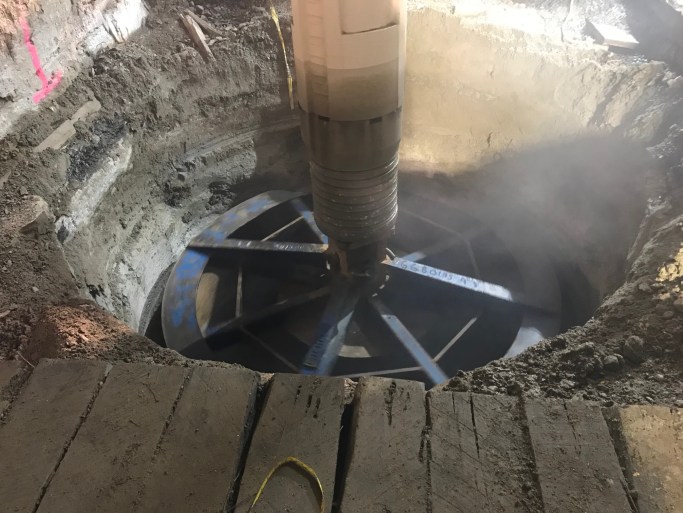