The Metro North/Atlantic Street Bridge was successfully replaced over a 9 day construction schedule, from June 28-July 7, with 6 new replacement bridge spans, tracks and ties installed and full train service restored by Monday, July 8, as scheduled. The epic 9 day endeavor involved multiple concurrent operations running continuously to demolish the old bridge, set the center pier columns, set the bridge bearings and transport the spans, one by one, into place. Once the spans were successfully positioned, track work continued to install the new track and ties.

Utilizing Accelerated Bridge Construction (ABC) techniques for this project enabled the remarkable speed of construction for a project of this magnitude, with a mandatory obligation to maintain rail service at all times on 2 tracks. During the past 12 months, the 6 bridge decks were fabricated off site while work on the bridge substructure continued below the existing bridge. This permitted installation and restoration efforts to focus on the 9 day roll in period, when Metro North ridership is at a traditional lowpoint during the 4th of July holiday week.

Starting July 7, work continues on Atlantic Street and S. State Street below the new bridge to lower and widen the roadway to allow for a 14’6” bridge clearance and 3 NB and SB lanes. Detours, lane closures and pedestrian detours remain in effect until on/about September 9, 2019. 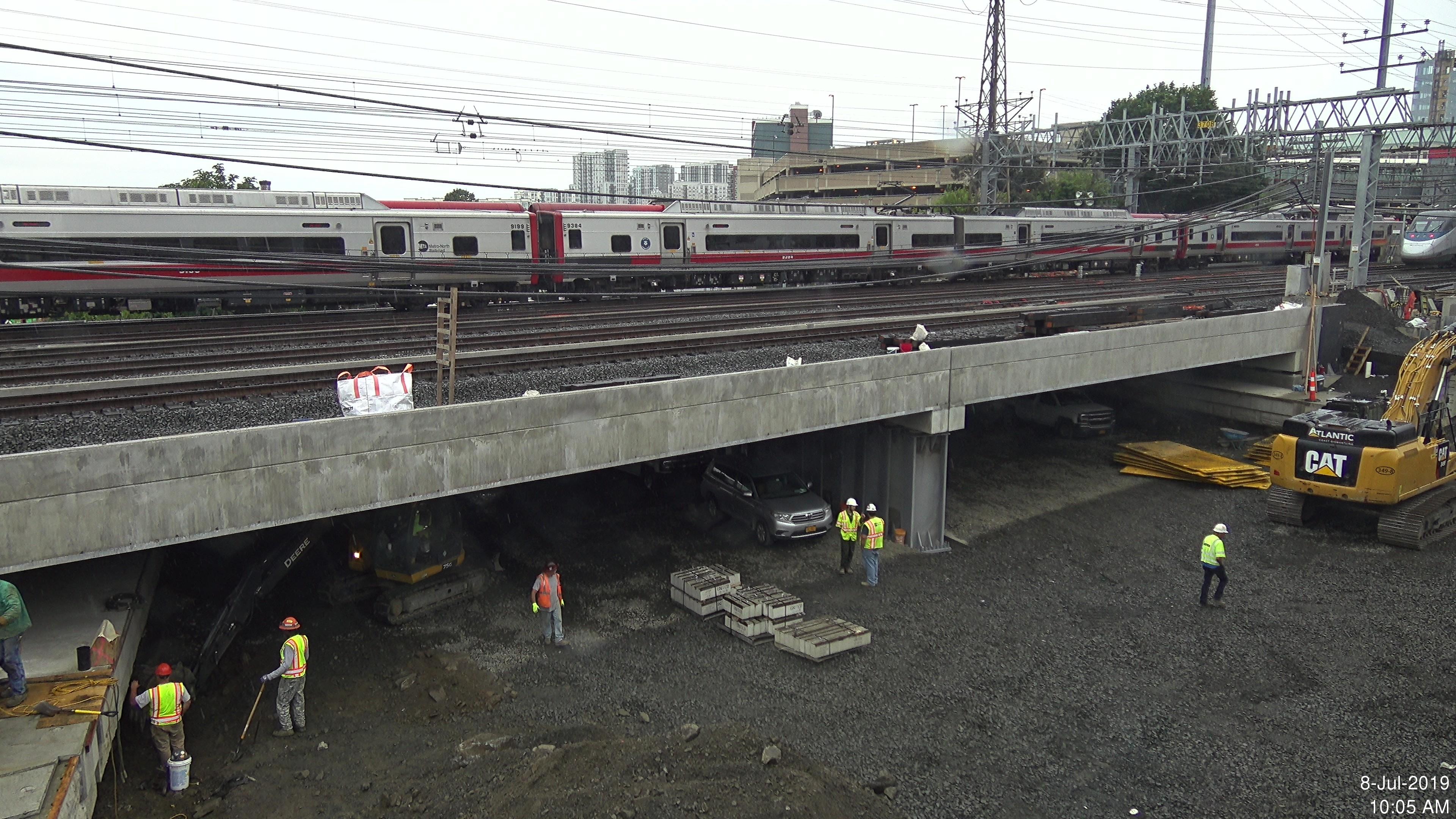