Residents, commuters and the traveling public are advised that on or about September 7, 2019, Atlantic Street, beneath Interstate 95 and the new Metro North Railroad Bridge has re-opened to through traffic between North State Street and Dock Street. South State Street between the Stamford train station and Canal Street is also open to traffic. Pedestrians may now access the Atlantic Street sidewalks under the new bridge.

With the successful replacement of the Metro North/Atlantic Street Bridge occurring over the July 4th holiday, the past 60 days have seen significant roadway reconstruction take place to remedy operational deficiencies and improve the horizontal and vertical geometry of the roadway in order to re-open all roadways on time. Atlantic Street has been widened to now feature 3 northbound lanes and 3 southbound lanes, which also includes dedicated turning lanes. To accommodate commercial and emergency vehicles, the roadway was lowered to increase the vertical clearance under the bridge to the standard 14’6”, thereby facilitating increased connectivity between the South End and Stamford’s downtown.

Travelers should expect intermittent lane closures as work will continue at the job site to complete and stain the retaining walls on South State Street which are being constructed to permit additional upgrades to the Stamford Train Station with a new Track #7, canopy and platform to service Metro North customers. Catenary improvements are scheduled to begin later this fall and are not expected to impact the traveling public or Metro North operations. Landscaping along Atlantic Street will be completed during the next planting season. 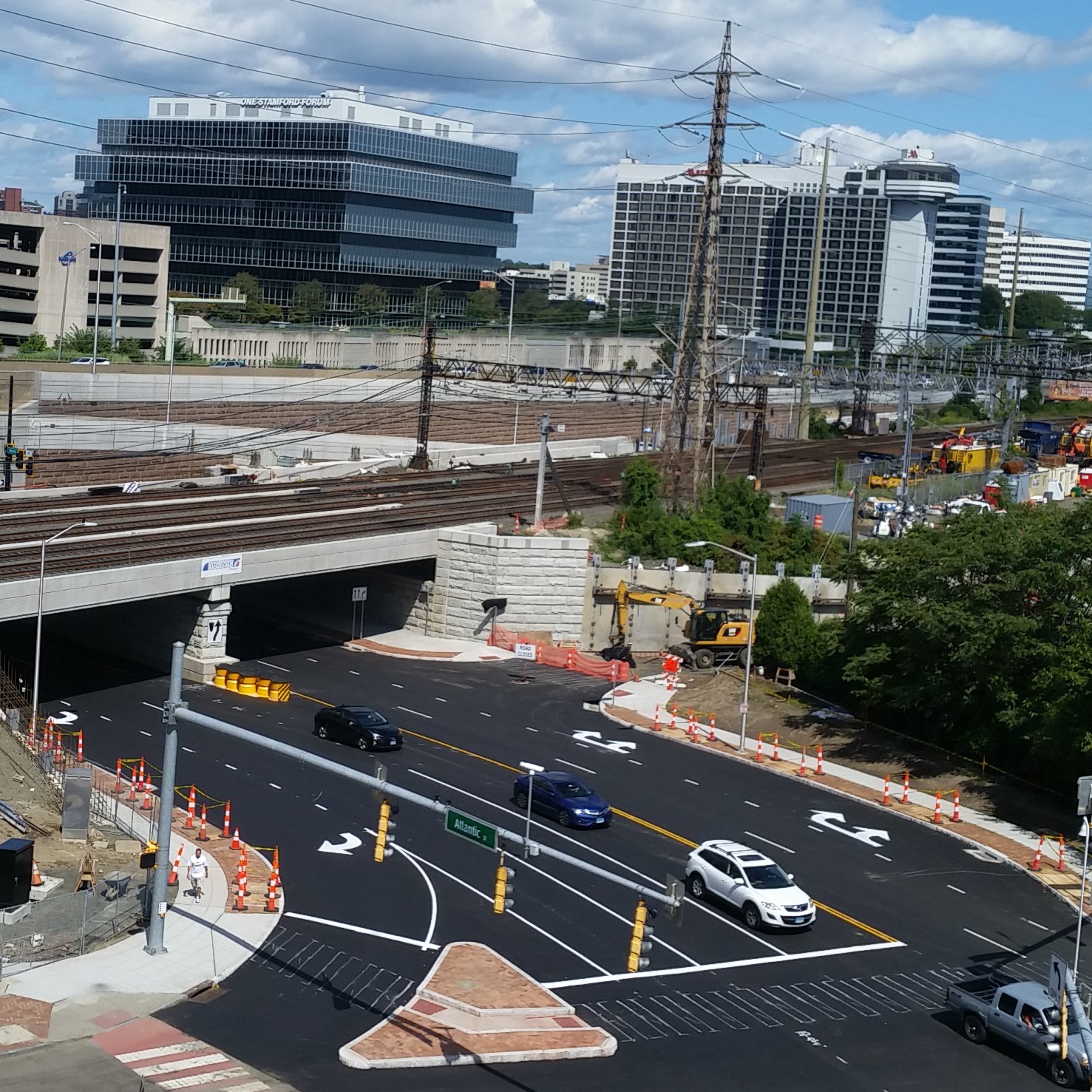