After many years of planning, the project, located in one of the Northeast’s busiest travel corridors, utilized ABC techniques to complete the project on time while minimizing impacts to the traveling public. The project represented the first SPMT Railroad Bridge replacement in the state. By using pre-fabricated elements, constructing the 6 bridge spans offsite and designating a 9-day window over the July 4th holiday week to install the new spans, all tracks were returned to Metro North two hours ahead of schedule with roadways below the bridge re-opened on time 60 days later.

The use of SMPT’s to complete the project was critical as it allowed for the 6 bridge spans to be pre-constructed off site in two different staging areas. One-by-one, the SPMT’s lifted and hauled the spans to the designated installation location during a minute-by-minute staging operation. In this way, the complete bridge was replaced in the 9-day window without delay or impact to the traveling public. SPMT’s allowed the project to avoid major, long-term disruptions, reduce the construction duration from 4-5 years to just 18 months, and reduce the number of modified train schedule days from 1500 to four.

The project was administered by CT DOT Bridge Consultant Design with assistance from BL Companies and DOT Rails. The prime designer was AECOM, supported by GM2 and Geo Design. Halmar was the DOT general contractor with Berard as the SPMT subcontractor . The prime construction inspection consultant was ATANE with support from VN Engineers, STV, Inc., Garg Consulting Service. Metro North Railroad and City of Stamford were coordinating partners. 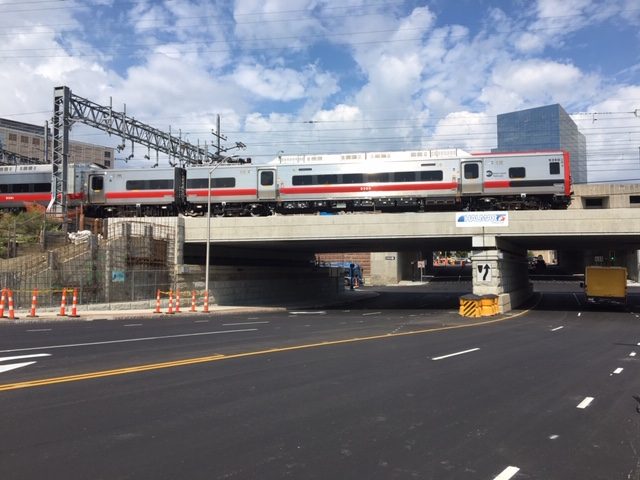 The International Accelerated Bridge Construction Conference, held in conjunction with Florida International University and the University Transportation Center (UTC), annually recognizes excellence in accelerated bridge construction through the awards program which allows innovative projects to be showcased and recognized as advancing ABC.